Miles Over Mountains
Hailing from McHenry, IL Miles Over Mountains plays a modernized style of progressive bluegrass covering a wide spectrum of genres, dynamics, and feeling. Their live catalogue draws from their studio albums “Five Star Heart Breaker” (2015), “Ballads & Burners” (2017), and “Work Harder Not Smarter" (2020).  A new release "Burn the Ships" (2023) is on the horizon as they are wrapping up a new full length album due to be out in March of 2023. The band has been performing, touring, and making records since early 2014 playing an average of 150+ shows per year throughout the Midwest region and beyond.

The group features Phil Hoffman (upright bass), Caleb Peters (guitar), Sean Shiel (mandolin) and Pete Smith(banjo). Collectively the members of the group have thousands of shows under their belt, giving their songs, sound, and performances a musical maturity that echoes their collective years of passion and experience. 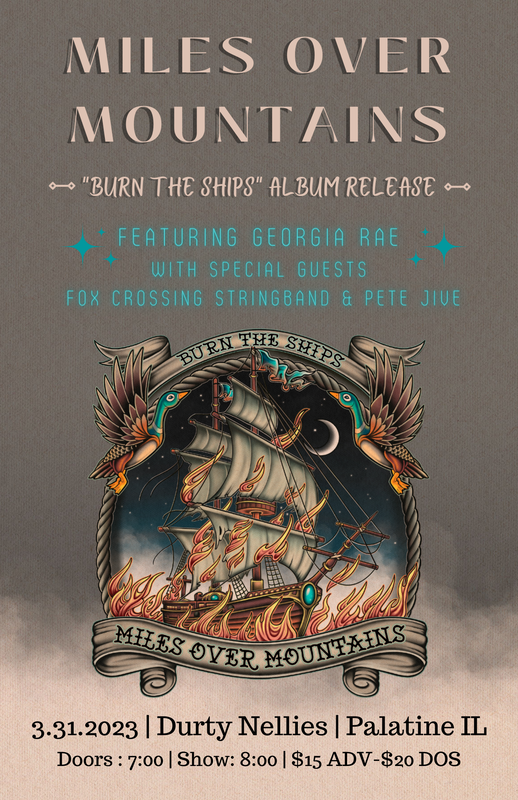